Git is one of the commonly used tool in developer's toolbox. However it's still text driven and thus a bit boring. Wouldn't be great to invite some joy while working with it?

Thankfully there are people who thought similarly, so they've decided to include emojis inside their git commits. And there a plethora of suggestions of emojis to use in various situations, like adding logging, fixing tests, code refactoring and so on.

A great example is a gitmoji site but there is a general recommendation to be creative and follow own style guide rules. 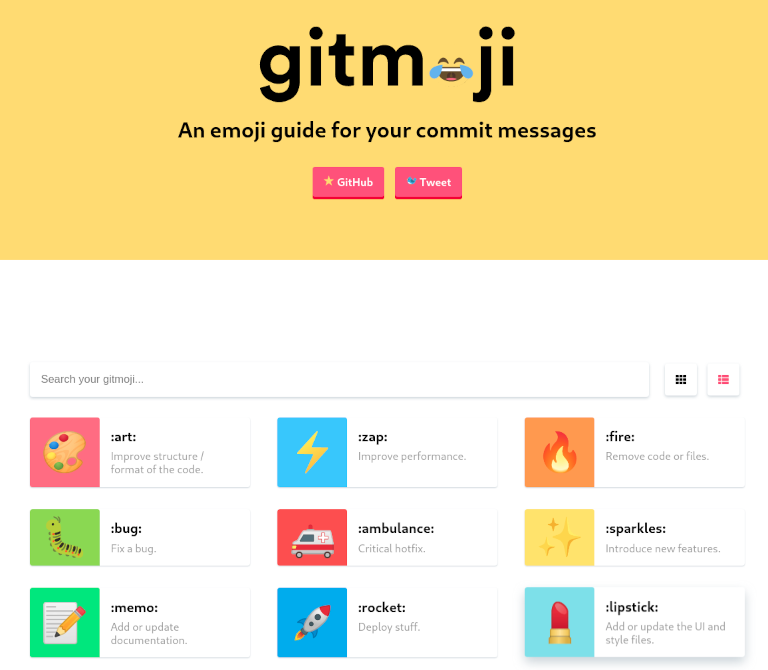 Of course I fully understand it's not a problem in your pet-projects or experiments. Or even in publicly available library you used to write in the evenings. But sometimes you're hired as an expert - customer expect professional behaviour, including git commits you write, and that scenario does not fit into colorful git commits.

There is a one solution that allow you to join both of those worlds. You create commits locally and name and format them however you like - with emojis if you want to. But in the end of work on something, just before pushing it to public repository you change the commits history and name it accordingly to your company's style guide.

If you are good at persuading ideas you can influence your company to focus on limited number of emojis, so it could just look prettier in changelog, like at Doist - visible outside the company.